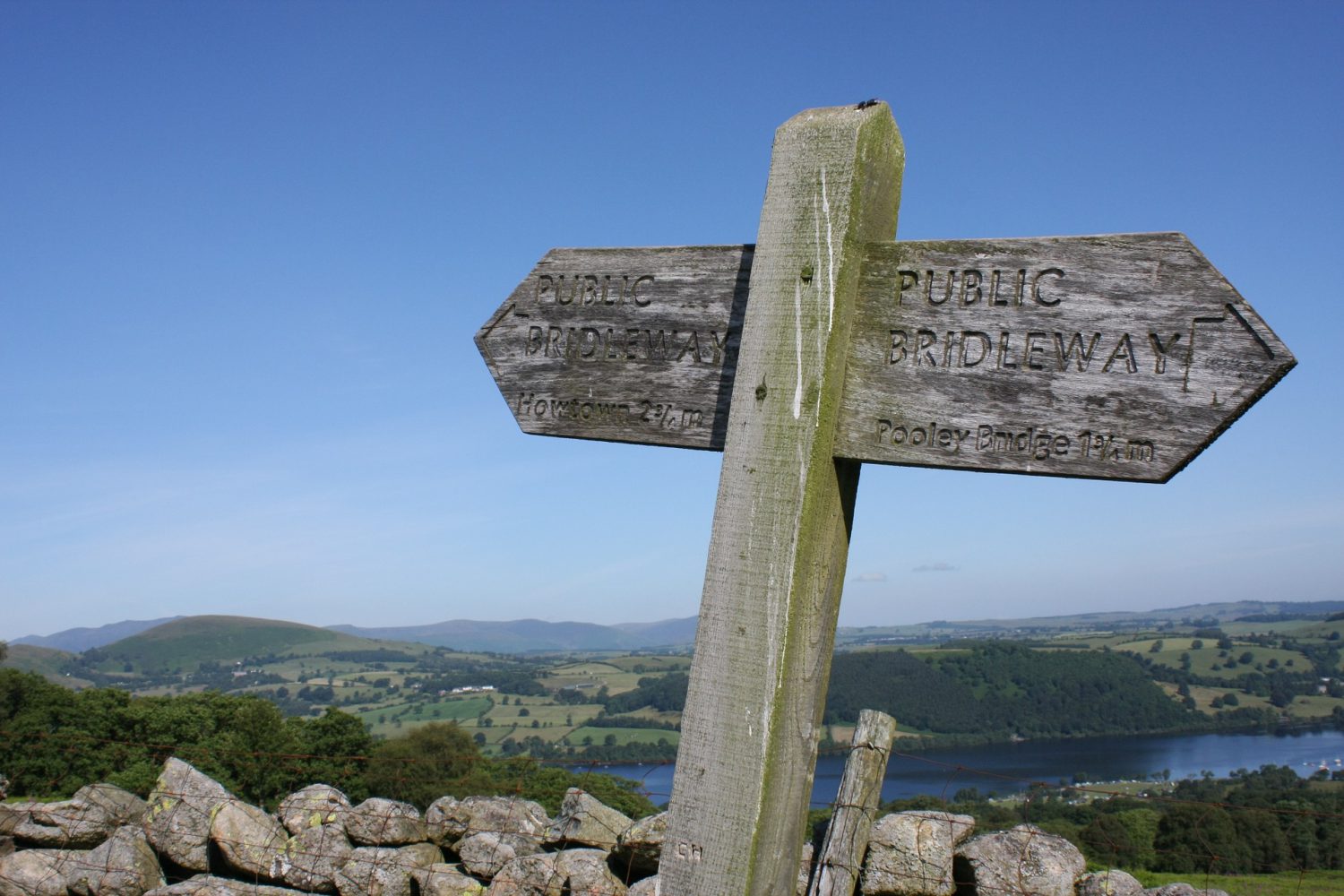 Public Rights of Ways (PRoW’s) are a remnant from history when most journeys were done on foot or on horseback but can cause problems for modern farmers. There are 4 types of public rights of way: Footpaths allow walkers and “natural accompaniments” such as prams or dogs; Bridleways allow walkers horse riders and cyclists; Restricted Byways allow the same plus non-motorised transport such as horse and cart; and Byways Open to All Traffic (BOATS) allow all traffic. All PRoW’s are show on OS maps and can be viewed in more detail on the Definitive Map held by each Local Authority.

Most routes were established generations ago but times change and some routes have been built over or are dead-ends. A PRoW running close to your farmyard can be restrictive when you want to extend a building over it or one through an arable field causes trouble when you need to keep it unobstructed. Before planning any new developments on your land it is essential to check that they won’t affect a PRoW, and if they do then you will need to put measures in place to accommodate it. So what are your options?

A public right of way cannot be blocked without permission although it is possible to divert or extinguish paths where there is a good enough reason, although to extinguish a path completely it must be a very good reason. There is a strict legal procedure for this which must be followed, involving consulting the public and a list of consultees provided by your Local Authority and a subsequent Public Path Order under the Highways Act 1980 or the Town and Country Planning Act 1990. The type of procedure depends on why you want the footpath diverted, whether it be for a development of with no identified need. Applications are long winded and not guaranteed to be successful and could cost the applicant thousands of pounds.

A PRoW can be temporarily closed or diverted where use of the route would become a danger to the public or where works are being done close-by, but the maximum length of closure is 6 months.

For a longer-term solution to divert the flow of walkers in instances where PRoWs run directly past gardens or yards which owners would rather keep private, some landowners allow a Permissive Path on other land to offer as an alternative route. However, the PRoW is still in existence and the public right of use remains and should be kept unobstructed. Permissive Paths should be clearly signposted as ‘by permission’ and should be closed for at least 1 day a year to prevent it becoming a public right of way.

For more information about Public Right of Way diversions contact Clare Williams in our Welshpool office on 01938 554499.