Helping to Train the next generation of Chartered Surveyors 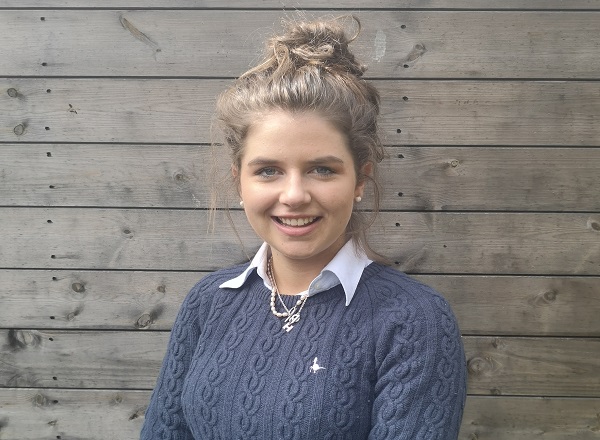 We are delighted to announce that Helen Williams has recently joined our team on placement in the Oswestry office for the next 12 months from Harper Adams University.

Helen is currently in her third year at Harper Adams, studying Rural Enterprise and Land Management. As part of her studies she has been chosen to undertake a 12-month placement with Roger Parry & Partners in order to help her work towards becoming a full member of RICS (Royal Institute of Chartered Surveyors) as well as putting into practise what she has learnt during her first two years at Harper Adams.

Richard Corbett, Partner at Roger Parry & Partners Oswestry office, said: “Helen impressed us last year when she came for work experience during her summer holidays so we’re delighted she’s come back to join us during her placement year.It is important as a profession that we help to train the next generation of chartered surveyors. Each year the Firm employs at least one placement student from Harper Adams University REALM Course and like to see each student develop their confidence and knowledge whilst working in real-life situations.

“We also aid their progression through the Assessment of Professional Competence which will eventually lead to them becoming Chartered Surveyors under the Royal Institution of Chartered Surveyors. After completing their year with us, the students return to Harper Adams University to finish their final year of study before graduating.”

Helen lives near Llangollen on a farm which has also diversified with a caravan park. At university she enjoyed shooting on a Wednesday afternoon and ventured to St Andrews with the shooting team in her first year.

During her time with Roger Parry & Partners Helen will be working with Richard Corbett and Rosina Bloor in preparing a range of valuations as well as any general professional work such as compensation claims and footpath diversions.