COBRA SCORE A SPONSORSHIP DEAL WITH ROGER PARRY AND PARTNERS 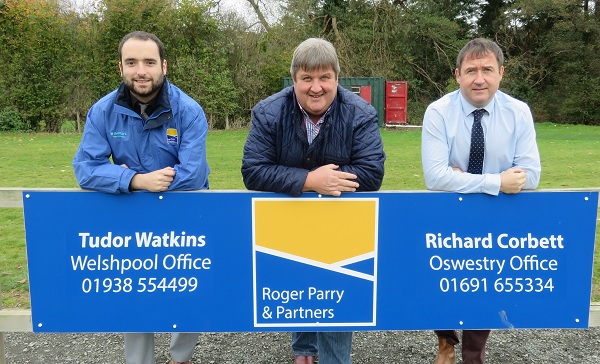 Operating from offices in Welshpool, Oswestry, Shrewsbury and Minsterley, Roger Parry and Partners remains loyal to its roots by actively supporting organisations and initiatives in and around the Powys-Shropshire borders.

Tudor Watkins, Senior Partner and Manager at the Welshpool office said, “Several members of staff, myself included, have strong connections with the COBRA Rugby Club and we are proud to be able to sponsor them for three consecutive years.

“We admire what the club has previously achieved and I hope that our three-year sponsorship will contribute to the continued development of COBRA Rugby Club. We wish all the teams at COBRA Rugby Club a very successful season and we will be following their progress in the coming months with particular interest!”

COBRA Rugby Club Vice-Chairman and Second Team’s Manager, Trevor Jones, said, “Roger Parry and Partners have been very generous and loyal sponsors and we are indebted to them and indeed to all our other sponsors. COBRA Rugby Club offer great opportunities for the children in our community, from under 7s all the way to open age. There is a tremendous spirit around the Club which is noticeable at training sessions, socially and each time a game is played.”