Training the next generation of chartered surveyors 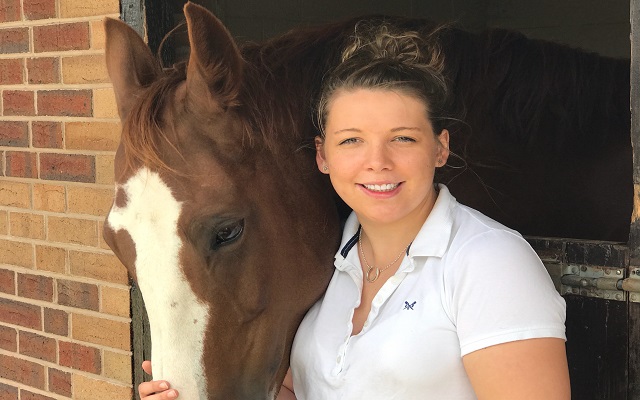 We are delighted to announce that Josie Hobbs has recently joined our team on placement in the Minsterley office for the next 12 months from Harper Adams University.

Josie is currently in her third year at Harper Adams, studying Rural Enterprise and Land Management. As part of her studies she has been chosen to undertake a 12-month placement with Roger Parry & Partners in order to help her work towards becoming a full member of RICS (Royal Institute of Chartered Surveyors) as well as putting into practise what she has learnt during her first two years at Harper Adams.

Roger Parry, Senior Partner at Roger Parry & Partners, said: “It is important as a profession that we help to train the next generation of chartered surveyors. Each year we employ at least one placement student from Harper Adams University REALM Course and like to see each student develop their confidence and knowledge whilst working in real-life situations.

“We also aid their progression through the Assessment of Professional Competence which will eventually lead to them becoming Chartered Surveyors under the Royal Institution of Chartered Surveyors. After completing their year with us, the students return to Harper Adams University to finish their final year of study before graduating.”

Josie is from the Malvern Hills area of Worcestershire, but is currently living in Shrewsbury. At University, she has played for the first and second netball teams. She is a keen horse rider and enjoys show jumping.

Commenting on her appointment Josie said, “I’m delighted to be have been given the opportunity to work with the experienced team at Roger Parry & Partners who are one of the most established teams of estate agents and chartered surveyors in Shropshire and mid Wales.”

Josie is pictured with her horse, Delilah.