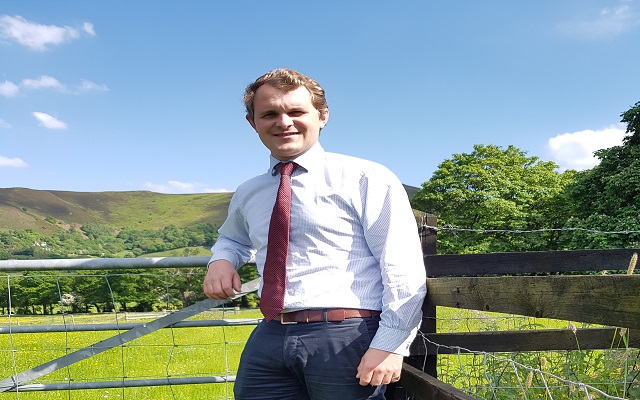 Roger Parry & Partners’ Peter Daborn has qualified as a Chartered Surveyor, joining the professional qualification in land, property, construction and infrastructure. Peter can now use the designation MRICS after his name, an internationally recognised and respected mark of excellence and integrity.

Based in the Minsterley office, Peter joined Roger Parry & Partners in 2016 and has recently been made an Associate of the firm. Peter’s qualification means the firm now has nine RICS members and two graduates working towards gaining the qualification.

Roger Parry said, “I am so proud of Peter and his achievement. He is such an integral part of our team in the Minsterley office. It’s been an absolute pleasure to watch him going from strength to strength during his time with Roger Parry and Partners.”

Born and brought up in Kinlet, south Shropshire, Peter was educated at Ellesmere College and graduated from Harper Adams University with a BSc (Hons) Rural Enterprise and Land Management Degree in 2012. Peter is now the fifth generation member of his family to be practicing as a Chartered Surveyor in Shropshire.

Prior to joining Roger Parry & Partners Peter worked at Bettws Hall where he worked as a Sporting Agent, and prior to that he worked on the Duke of Buccleuch’s Bowhill Estate as an assistant to the Estate Manager.

Over 125,000 qualified and trainee professionals worldwide have attained RICS status. A RICS professional qualification demonstrates that surveyor works to the highest standard of excellence and integrity.