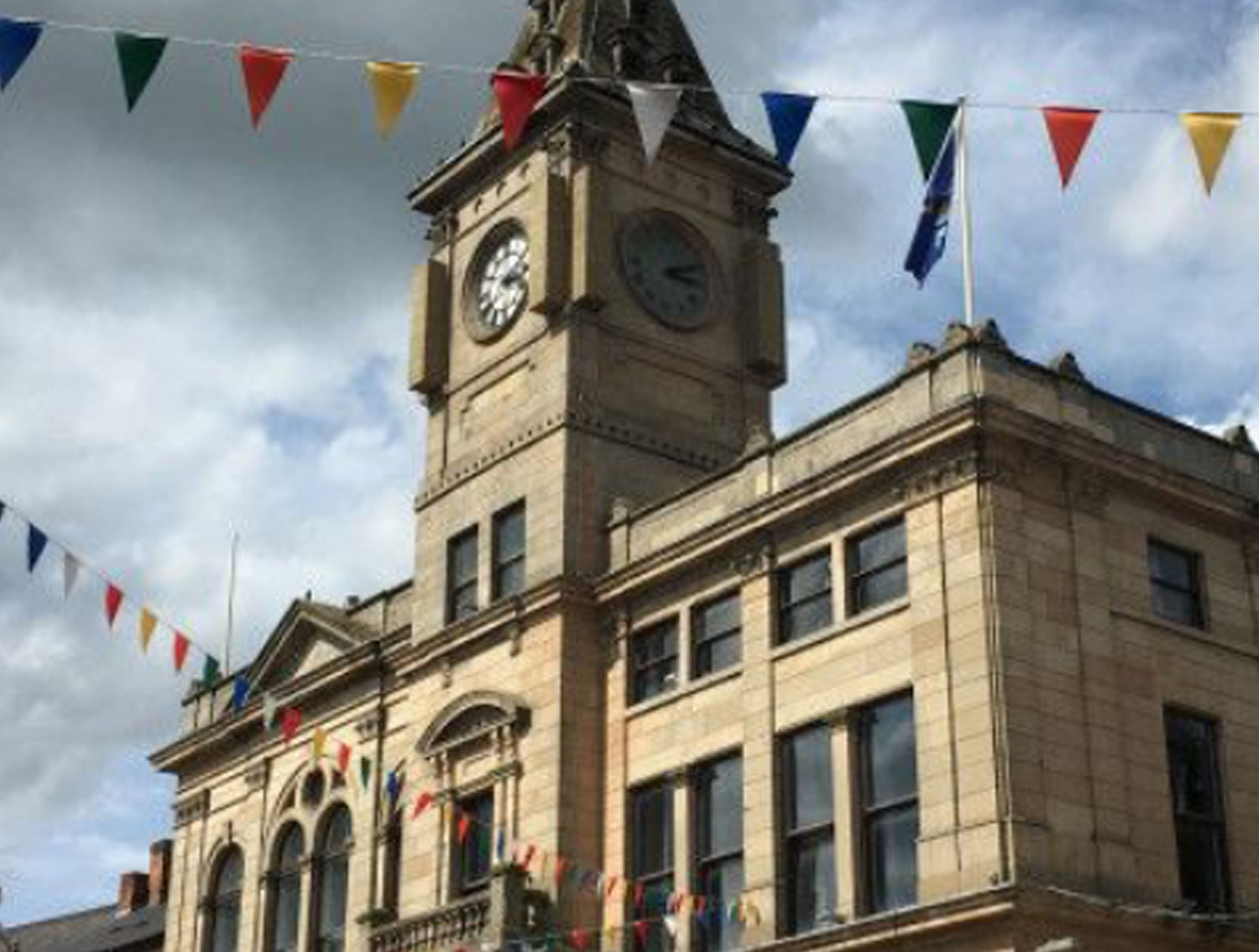 The couple will also cut a cake to celebrate the recent successful expansion of Roger Parry & Partners to incorporate Parry Lowarch estate agents. The merger brings the Roger Parry & Partners team of property professionals chartered surveyors and planning consultants, up to over 30 dedicated and talented staff in Welshpool, Shrewsbury, Oswestry and Minsterley.

At 3pm on 24 August Mr and Mrs Tudor, and Roger Parry, senior partner, will cut the ribbon to officially declare the new Welshpool premises open. An invitation is being extended to all current and future customers of Roger Parry & Partners to join in the celebrations and visit the new office at 1 Berriew Street, Welshpool between 3pm and 6pm customers for light refreshments.

Roger Parry, the senior partner at Roger Parry & Partners said: â€œThe Welshpool office has been running for just over 13 years but this recent move is significant in the continuing expansion of the Roger Parry & Partners business. The event on the 24th will also be a celebration of our recent amalgamation with Parry Lowarch.â€

Mr Parry continued: â€œThe team at Welshpool offer a wide range of land and property services to clients in both rural and urban locations. Every member of staff within the office works hard to provide the best possible service and outcome for their clients across Shropshire, mid Wales and increasingly further afield.â€

Tudor Watkins, senior partner and manager at the Welshpool Office said: â€œWe are delighted that Mr and Mrs Tudor have agreed to officially open our new office for us. It means a great deal to us that our business is expanding. We hope our customers, both new and regular, will come and visit us to share this special day with us.”

To celebrate the official opening of our new Welshpool Office, Roger Parry & Partners are offering a Â£250 discount for all houses booked in to be valued for sale up until 31 August 2016. Please contact the Welshpool office on 01938 554499 for advice and valuation.