How are Basic Payment Scheme claims likely to change in Wales 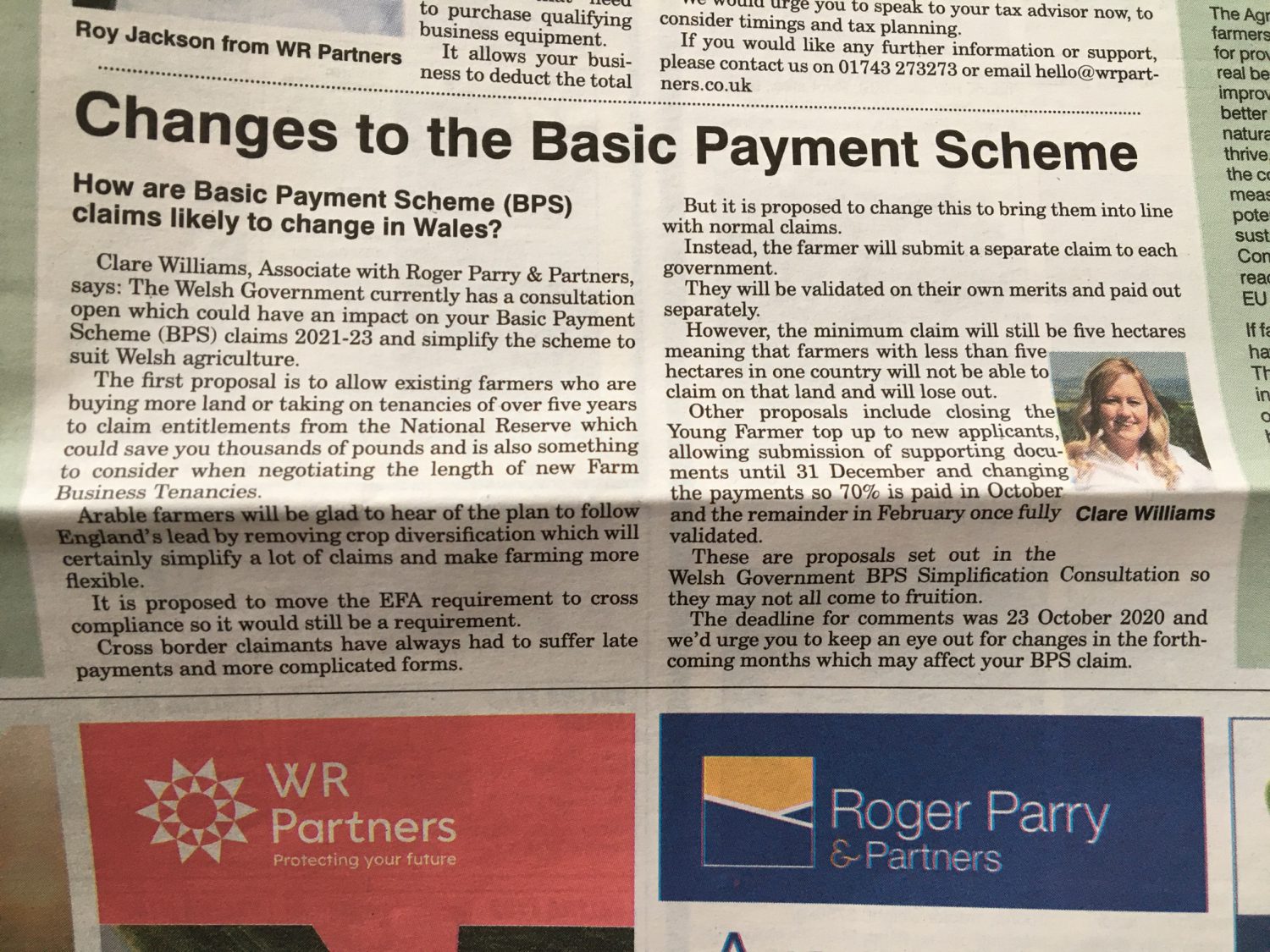 In the November edition of the Shropshire Star’s The Farmer supplement Clare Williams is asked the question:

How are Basic Payment Scheme (BPS) claims likely to change in Wales?

The Welsh Government currently has a consultation open which could have an impact on your Basic Payment Scheme (BPS) claims 2021-23 and simplify the scheme to suit Welsh agriculture.

The first proposal is to allow existing farmers who are buying more land or taking on tenancies of over five years to claim entitlements from the National Reserve which could save you thousands of pounds and is also something to consider when negotiating the length of new Farm Business Tenancies.

Arable farmers will be glad to hear of the plan to follow England’s lead by removing crop diversification which will certainly simplify a lot of claims and make farming more flexible. It is proposed to move the EFA requirement to cross compliance so it would still be a requirement.

Cross border claimants have always had to suffer late payments and more complicated forms, but it is proposed to change this to bring them into line with normal claims. Instead, the farmer will submit a separate claim to each government, and they will be validated on their own merits and paid out separately. However, the minimum claim will still be five hectares meaning that farmers with less than five hectares in one country will not be able to claim on that land and will lose out.

Other proposals include closing the Young Farmer top up to new applicants, allowing submission of supporting documents until 31 December and changing the payments so 70% is paid in October and the remainder in February once fully validated.

These are proposals set out in the Welsh Government BPS Simplification Consultation so they may not all come to fruition. The deadline for comments is 23 October 2020 and we’d urge you to keep an eye out for changes in the forthcoming months which may affect your BPS claim.