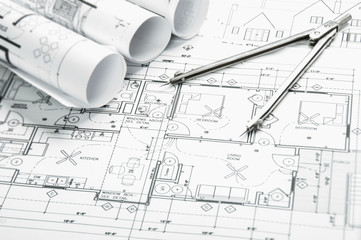 Roger Parry & Partners have warmly welcomed proposals for the government to help more people build their own homes.

The proposals have been put forward by Richard Bacon MP following his review of ‘Custom and Self Build house-building’ which was commissioned by the Prime Minister. The review has found huge potential in the sector which could deliver 30-40,000 more homes every year.

The review has also recommended a major ‘scaling up’ of self-built homes to boost the overall housing supply. This could see homes which can be built in weeks that are better designed, built to the highest environmental standards, and with cheaper household bills.

Richard Corbett, Partner with Roger Parry & Partners, has welcomed the review’s findings. He said, “The positive messages we are getting out of Westminster are very much welcomed. This news comes on top of the government’s commitment of £150 million for the Help to Build scheme which will allow home builders to borrow money with lower deposits and also the news that funding is being provided for local councils to create high quality serviced plots that are ready to go, stepping up self and custom build housing projects across the UK.”

The ‘Custom and Self Build’ review was commissioned to improve the housebuilding industry by giving customers more choice, and to make home building a mainstream, realistic and affordable option for people across the country.

The Housing Secretary, Robert Jenrick MP has welcomed Richard Bacon’s report and in response he said, “As we build back better we want to help more people build their own home, making it an option for thousands who’ve not considered it or ruled it out before. This will help get more people on to the housing ladder, ensure homes suit people’s needs whilst providing an important boost to small builders and businesses too.”

The Ministry of Housing, Communities and Local Government will publish more detail on Help to Build shortly followed by its official response to the Bacon Review in the Autumn, including reviewing options on how best to support Custom and Self-build (CSB) housebuilding.